With some planning, you can make your child’s Christmas even more special with a personalized letter from Santa.

Santa Claus is an integral component of the Christmas magical enchantment for kids. The arrival of the man in red is the highlight of Christmas for most kids, whether they name him Santa Claus, Father Christmas, St. Nicholas, or Santa Christmas (as Master C does at the moment!).

Children start writing their letters to Santa months in advance because they are eager to tell him what they want and how they’ve been suitable for their parents over the past year. How the story of Santa Claus “works” may differ in each family, but his arrival while children sleep on Christmas Eve is seen as pure magic. Of course, seeing a kid’s face light up with joy when they find out Santa came and left them presents on Christmas morning is fantastic. But what if you could speed up that magic a little? Give your kids some closure by answering their letters to Santa.

One of the best ways to make your child’s Christmas magical is to get a letter from Santa Claus. Here are some tips on how to make this happen:

Santa’s Magical Letter: A Wonderful Way to Celebrate the Holidays

When I was a kid, I enjoyed everything about the holiday season, from the first whiff of freshly baked mince pies to the thrill of opening presents under the tree and bringing holiday happiness to loved ones.
If you listened closely, you might hear the bells chime as Rudolf landed on the roof, followed by Santa emerging on the stage with a sack full of gifts, one for each child. I always looked forward to this yearly event throughout the holiday season.
The highlight of the holiday season was usually visiting with Santa, who would inquire as to my good behavior and solicit wishes for the following year. 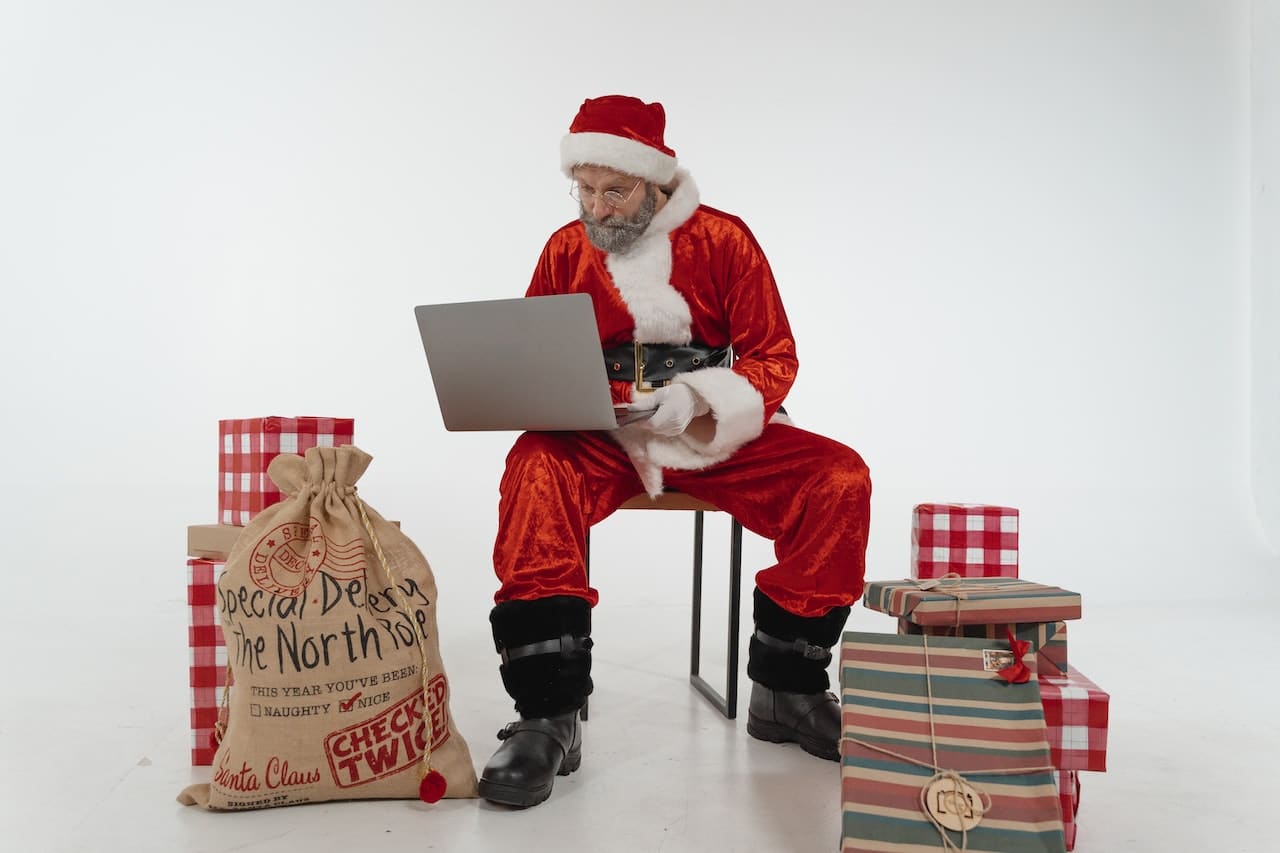 Creating Memories That Will Be Cherished

Many parents choose to compile these letters to give their children a keepsake they can hold on to forever and a reminder of their childhood. Your kids will never forget this since it’s so unique and memorable; after all, what youngster doesn’t want to get a personalized letter from Santa Claus? So, if you give your kid (and yourself) a Christmas they’ll never forget, this is the perfect way to do it.

Increasing Both the Thrill and the Anticipation

Bringing Forth Magic and Enchantment

As much as the magic and wonder of Christmas make the holiday so magical for kids, their parents feel the same way. Having a letter from Santa delivered to your child’s mailbox may add to the wonder and romance of the holiday season. Those lucky enough to get such letters will have an even more memorable Christmas.

Every Christmas should be memorable. It doesn’t have to be massive, grandiose, or expensive; it can be simple and enjoyable. I hope you’ve enjoyed this post. Parents can share the joy with their children by giving them a personal, unique letter from Santa Claus this Christmas!

You can’t wait until Christmas Eve to find out whether or not your child’s letter from Santa will be delivered! The current postal system may take days or weeks to receive a letter. To ensure that your child gets their letter delivered on time, you can speed up the process by writing a letter to Santa and sending it to the intended recipient. It’s a fun activity that will give your child a more personal experience.

The Easy Way to Get Your Kids a Letter from Santa

LetterFromSantasShop.com will write individualized letters from Santa Claus to your children throughout this enchanted time of year to help maintain their sense of childlike wonder. During this year’s holiday season, in addition to the four unique Santa letter backdrops and four distinct content options, we will also have a custom postcard available for purchase during the summer. Each letter from Santa comes with several different personalizations, such as the child’s name, a present request, the town they’ll be in on Christmas Eve, and many more! Your children will receive a Santa Village North Pole mark, a personalized letter written in their name and signed by Santa Claus, a beautiful address label with original artwork, and a unique envelope with their name printed. To get started on your Santa letters with a customized touch, we require some information from you about the recipients.

Step -1: You must decide the background you want to use first.

Step -2: We’ll need your child’s name, birthdate, and the city or town where they’ll be spending Christmas Eve to serve your child correctly.

Step -3: Please indicate the gender of your child.. The next piece of information that we’ll need from you is your address, followed by your payment details. That wraps it up!

Your letter from Santa may be started in a fun, simple, and speedy manner. You can even purchase a unique postcard written by the big guy himself from wherever he happens to be vacationing this summer.

History of Letters from Santa

U.S. kids often mail Santa Claus letters, but who started this?
In the 19th century, Santa Claus was more strict, and parents often promoted the idea of telling Santa about their children’s naughty behavior. The Smithsonian reports that some parents began sending Santa Claus notes to their children at this time.

Around 1900, charities and organizations began answering letters from poor children because the Post Office at the time was anti-Santa. A 1906 Times article blasted the uncaring post office and their “red-tape-bound officialdom. The Dead Letter Office team hated Christmas and the additional work it created for them, which was increasing as the years went on. Next year, the Postmaster General allowed his staff to distribute the letters, but charities had to evaluate if the children needed support. After complaints, the Postmaster General canceled the stipend.In 1911, his successor authorized “Santa Claus” letters to be issued to “responsible institutions or people” for “philanthropic purposes.” Renewed in 1913, Johnny Carson read disadvantaged children’s notes in the 1960s. By 1989, Santa got a ZIP code and USPS lets parents respond to children’s letters to Santa.

The procedure for obtaining a letter delivered personally by Santa Claus at the North Pole couldn’t be much more straightforward. To begin, you will be required to select one of the four different sorts of letters that are accessible, and the contents of each letter will determine your decision. Next, we’ll need some information from you to customize the letter and make it more appealing to your child in particular. This information will be used to make the letter.
The name of the kid, their gender, their date and place of birth, a present they may have expressly requested, and the name of the city or town where they will be spending Christmas Eve will all be included in this information.

You can also tell us exactly what your child has done this year to deserve a position on Santa’s Nice List instead of being placed on the Naughty List. Santa’s Nice List is a list of children who have been kind throughout the year. After you have provided us with these details regarding your personalization, your current address, and some payment information, you will be able to hand everything over to us and let us handle it from there.